A contemplative and educative game 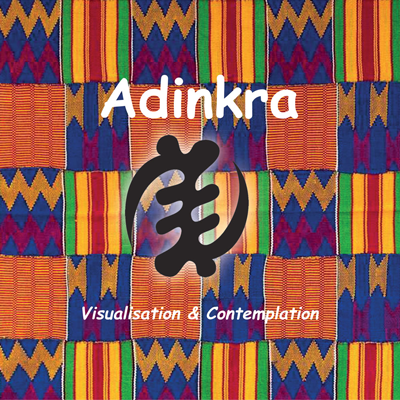 Adinkra addresses the ethics and orally transmitted wisdom through the use of symbols and proverbs from Ghana, West Africa.
The proverbs and symbols are arranged according to the symbolism of the five natural elements as an expression of the cultural perspective of the Akan people.

“Adinkra” means “farewell” in this symbolic language, which can be found on fabrics, royal emblems, gold weights, buildings, jewellery and regalia.

The Akan are an umbrella cultural group living in Ghana, Togo and Côte d’Ivoire, with the Asante population from Ghana being the largest.

The Asante are known for their strong visual and proverbial forms of communication. They have a high context culture, which means, among other things, that they communicate indirectly (compared to linear speech) through imagery and sayings.

The spokesman (okyeame) of the traditional authorities (the Asante chieftains and queen mothers) use Akan proverbs and Adinkra symbols to convey the messages of these royals to the living.

For example, the okyeame may use a staff bearing the Adinkra symbol nkabon (meaning “cooperation” in Twi, the Akan language) to convey the message that the chief will approve the plans of his subjects.

The proverb associated with this Adinkra symbol is nea ɔforo dua pa na yεpia no. Symbolically, this means that whoever is morally on the right track, or in other words climbs the right tree, will receive the help of others.

A contemplative game which is both challenging and fun

While you enjoy playing you learn about the wisdom tradition of the Akan!

“It is the tradition of the Asante to wear cloths decorated with Adinkra symbols on important occasions, especially at funerals of family and friends. In doing so, they offer a final salute to the deceased.”

By playing Adinkra you experience both differences and similarities with the world of the Akan people, their African ethics and their native wisdom.

The aim of the game is not to win, but to establish intercultural communication. The game enhances the understanding of both your own cultural background and that of the Akan people.

The main questions for the Adinkra game players to answer are:

The Asante proverbs come from the book “Bu Me B” by the British children’s book writer Peggy Appiah (1921-2006). Peggy lived most of her life in Kumasi, where she collected thousands of Asante proverbs.She was the wife of the Ghanaian politician Joe Appiah and the mother of the renowned Ghanaian-American philosopher Kwame Anthony Appiah.