Adinkra is a contemplative game which is both challenging and fun

The game Adinkra increases your insight into the ethos and oral wisdom expressed by the symbols and proverbs of the cultural Akan group in Ghana, West Africa.

‘Adinkra’ refers to the symbolic language of the Akan, which one can find on cloth, royal emblems, gold weights, buildings, jewellery and regalia.

Enjoy the game and learn from the wisdom of the Akan!

The Asante are used to wear cloth decorated with Adinkra-symbols at important meetings, such as funerals of family and friends.
This way, they say goodbye to the deceased.

The Akan are an umbrella cultural group in West Africa (Ghana, Togo and Côte d’Ivoire). The Asante people in Ghana are the largest Akan group. The Asantes are known for their strong visual proverbial way of communication.
They have a high context culture, which means that they communicate indirectly. The spokesman (okyeame) of the traditional authorities (the Asante chiefs and queen mothers) use Akan proverbs and Adinkra symbols to convey the messages of these royals to the living.

The okyeame can, for instance, make use of a staff with the Adinkra symbol nkabon (which in Twi, the Akan language, means ‘collaboration’) to convey the message that the chief will approve the plans of his subjects.

The concomitant proverb to this Adinkra symbol is nea ɔforo dua pa na yεpia no, which symbolically means that who is morally on the right path, or in other words climbs the right tree, will receive the help of others .

Playing the game Adinkra makes one familiar with the Akan people’s high context culture, their African ethics and indigenous wisdom.

The aim of the game is not to win but to establish intercultural communication and to enhance players’ understanding of their own and the Akan people’s cultural background.

The main questions to be answered by the Adinkra game players are:

Louise F. Müller gives workshops, guest lessons and master-classes also on location and tailored to the purpose of the meeting and the target group.

Such as an association, a club of friends, a family reunion, a cultural team outing, team training intercultural differences; guest lessons for students, teachers and other professionals, administrators and managers, who take inclusion and diversity to heart and want to further develop their cultural communicative skills.

Ask for the possibilities and mail to: adinkra@questforwisdom.org 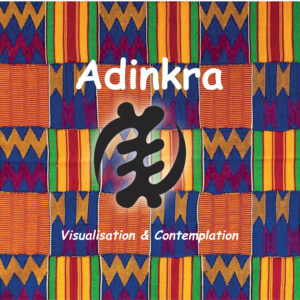